Let’s talk about sex… And hormones.

With a name like ‘Menstrual Matters’, you can perhaps be forgiven for imagining that this resource is relevant for people with female reproductive anatomy, only.

However, although a person’s sex is a key factor in determining how likely they are to be affected by hormone-related health issues, it is not the only consideration, and, in fact, sex categorisation is less straightforward than we are typically led to believe… 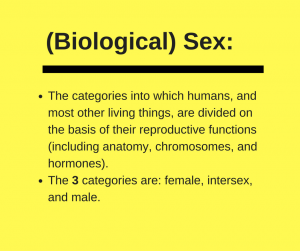 That’s right. There are three categories. Female, intersex, and male. Although, you wouldn’t necessarily be aware of this because most contemporary cultures tend to ignore, or even deny, the existence of intersex people.

‘Intersex’ is actually a general term used to describe a wide range of natural bodily variations. In some cases, intersex traits are visible at birth (anatomical) while in others, they are not discovered until puberty, if at all (usually hormonal or chromosomal).

Some people never find out that they are intersex: Do you know if your chromosomes are XX, XY, XXY, or some other variation?

According to the office of the United Nations High Commissioner for Human Rights, up to 1.7% of the population have intersex traits – which makes it more common than Down’s syndrome, and similar to the proportion of people with red hair, globally. 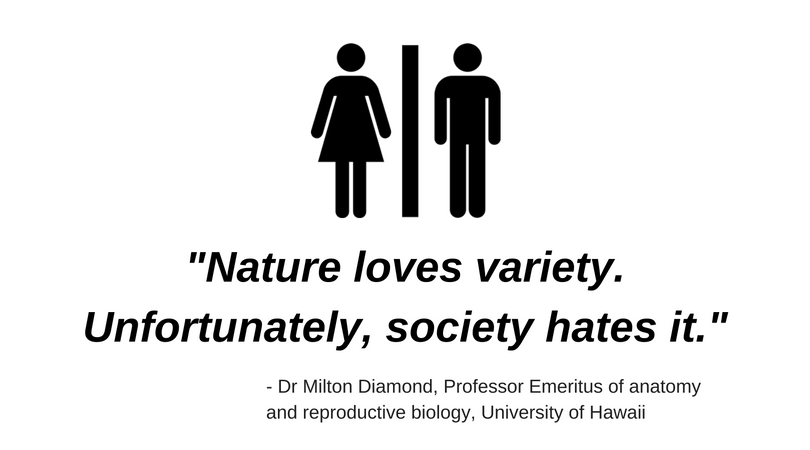 Gender is a social or cultural construction rather than a biological category. It typically refers to the ‘state of being a male or female’ but, as we have already established, this misses out intersex people, and ignores (and potentially discriminates against) anyone who identifies as a gender that is different to their biological sex. Since some people with female reproductive anatomy and genes do not identify as ‘women’, some people with male reproductive anatomy and genes do not identify as ‘men’- and some people do not identify as either ‘men’ or ‘women’- we cannot generalise based on gender alone.

So, for our research purposes, it is more precise and inclusive to establish whether or not a person has a menstrual cycle (i.e. one of the most significant factors affecting hormone-related health issues) rather than assuming that a person’s biological sex, or gender, is the determining factor. 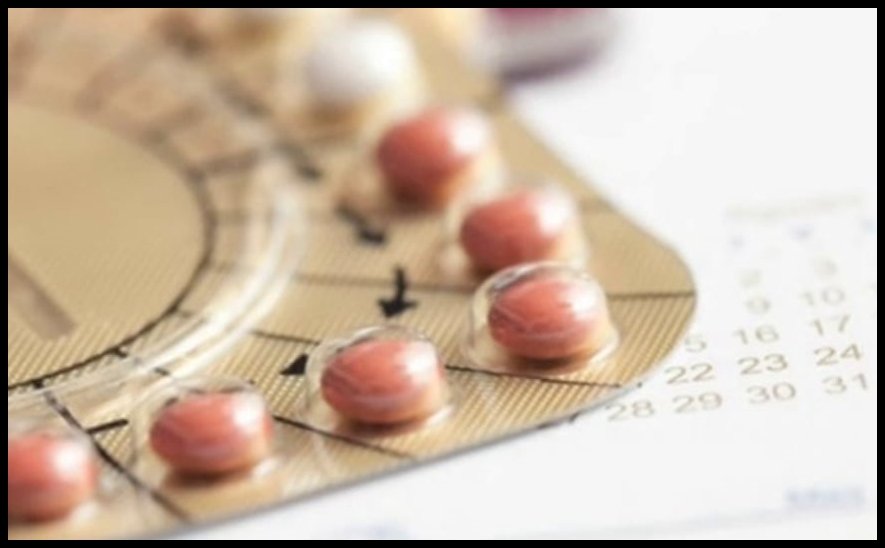 Most hormonal medication is used for contraception or menstrual cycle-regulating/ suppressing purposes. Since each person is different, contraceptive medications come in many different forms, and some may be better suited to individuals than others. But in general, the most common hormone-related side effects (i.e. symptoms) experienced are; headache; upset stomach; stomach cramps or bloating; diarrhoea; appetite and weight changes; anxiety; low mood; acne; fluid retention; fatigue; and breast tenderness.

Oestrogen-based HRT may be offered to people going through the menopause. The most common side effects of oestrogen-based HRT are basically the same symptoms associated with the menstrual cycle and contraceptive medications: Headache; upset stomach; stomach cramps or bloating; diarrhoea; appetite and weight changes; anxiety; low mood; acne; fluid retention; and breast tenderness.

Individuals who have, or are recovering from, prostate cancer may also be given HRT, although this is now unlikely to be oestrogen-based because of its unwanted side effects.

The most common approach is to use LHRH agonists (luteinizing hormone-releasing hormone agonists), or GnRH antagonists (gonadotrophin-releasing hormone antagonists). These work by reducing the level of ‘male’ sex hormones (known as androgens), which can also result in hormone-related symptoms such as: incontinence; irritable bowel; hot flushes; osteoporosis; enlarged or painful breasts; and fatigue.

Transgender people may also be at an increased risk of hormone-related health issues, if receiving hormonal replacement therapy (HRT) as part of their transition. For example, transgender women taking oestrogen medication may be at increased risk of developing type II diabetes, nausea and vomiting, and headaches or migraines.

For example, in the UK, at least twice as many female than male people between the ages of 18-55 are affected by anxiety, depression, irritable bowel syndrome, chronic fatigue and migraine. However, the prevalence of these conditions, as well as the ratio between females and males, significantly drops in older age.

N.B. According to the tables above, post-menopausal females and males (all ages) have the same ranges for oestrogen and progesterone levels. This suggests that it might be the higher, and/ or fluctuating, levels of progesterone and/or oestrogen (e.g. as experienced during the menstrual cycle) that cause, or at least affect, female-prevalent chronic health issues.